Posted by wakela on September 22, 2013
Posted in: review. Leave a comment 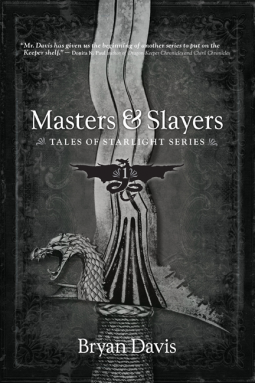 Disclaimer:  I received this book free from AMG Publishers in exchange for an honest review.  I did not receive any form of compensation.

I really like good fantasy fiction.  Them seemed very promising.  However, I really had trouble diving into this book like I would have normally.

Apparently, there is an entirely other series written by this author that is geared towards tweens & teens.  This book is an adult tie in to that series.  Instead of just writing a brand new series for adults, he decided to take the adults from that other series and tell the stories from their points of view.  The main problem was that I felt like it really just jumped into the middle of the story.  It really seemed interdependent on the reader to have read his other series.

I eventually got frustrated with feeling lost while reading and just could not finish this book.  Maybe if I ever decide to read the other series, then I might pick this book back up again.  However, I really am doubtful that I would do that.  If I can’t pick up a book in a series (even if it is the middle of the series) and figure out what is going on and who is who, then I really won’t bother getting any other books in the series.  Mainly because who is to say whether or not the author just doesn’t know how to introduce characters or plot points.

If you have read his other series that this ties into and enjoyed it, then why not give this one a shot.  If you haven’t read the other series, then either read that one first or bypass this book.  Sorry…