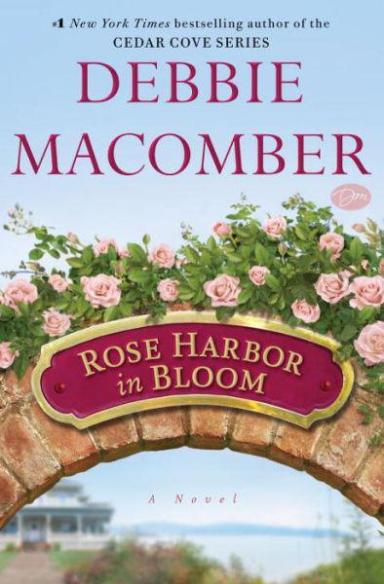 I received this book free from Netgalley in exchange for an honest review.  I did not receive any form of compensation in return.

First, I would like to say that I have been a HUGE Debbie Macomber fan for many, many years.  If I remember correctly, one of the first books I had read by her was one in where the main character’s aunts sent her on a trip to Alaska to be a mail order bride.  Of course, she had no idea that was the reason they sent her on the trip.

Any fan of Debbie Macomber knows all about her Cedar Cove series.  Well, the Rose Harbor series is a spin off from Cedar Cove.  It has many of the characters that we have come to know and love and a whole new cast of characters.

Like any of Debbie’s books, I could not put this one down.  It was so awesome catching up with some of the friends from Cedar Cove (even if it was only quick glimpses at them).  I absolutely love the new inn that is being featured.  I can’t wait to find out what happens in the next book.  Hopefully we will learn more about Mark and his past.  He is a major mystery at this point.

Of course, there were moments when the tears would not stop as I read this book.  Mary’s story touched my heart the most.  And I was definitely caught off guard that there was a second reason that she came to stay at the Inn.

For those that love Debbie’s books, you need to make sure to catch the TV series based off of the Cedar Cove books.   They picked the perfect people to cast as the characters.

One other thing that I would love to mention is that I got picked to participate in the Debbie Macomber Fan Ambassador program.  So hopefully, I will be able to bring you more behind the scenes information.